My name is Gilberto Argini, I run the TAVERNA RE LASAGNA, a Bolognese company dealing with one of the excellences of our beautiful city which is recognized at a world level: fresh pasta, in particular Lasagne. Our goal is to let people know the authentic lasagne alla bolognese. This is why we have created this box containing everything necessary to prepare this unique specialty of our culinary tradition. In fact, even if we are speaking of one of the most famous dish in the world, it is impossible to copy or even “translate” it into any other language! Our product aims to propose again the idea of a pleasant Sunday lunch at home with the family, but in a more modern key and refresh old memories when cooking was lot of fun. GILBERTO ARGINI, master chef from Bologna, is repository of the most ancient culinary tradition of the city. He wants to offer to all of you the possibility to experience the real art of preparing and cooking the Lasagne alla Bolognese. Dish of very ancient origins, the Lasagna is a noble course notwithstanding its folk origins, and can be considered the real queen of Bologna. In fact, if on the one hand the Felsina city has never been subjected to any Kingdom, Empire or Dukedom, on the other hand the major dish of the city called “the fat” has made her reputation spread throughout the world, much more than any other human king has ever done.

Italian culinary tradition is famous all over the world and Bolognese specialties; or better the specialties cooked in the city known as “the learned” and “the fat”; are one of its strengths. Without a doubt, Lasagne are one of these specialties worthy of note. We find a dish prepared in a similar way already in Ancient Rome, called lasanum. The word means “recipient” and they say that Cicerone really loved this dish because he could eat it as much as he wanted also in his advanced age thanks to its soft texture. An anonymous from the 1300 created the layers of pasta for the first time, which were then to be filled with cheese; later on, in 1863, the editor Zambrini from Bologna published the recipe in one of his cookbooks. Those fortunates who have been born in Bologna must have eaten it at least once in their life; the Sunday dish par excellence was (and still is) a feather in the cap of every family, regardless of its class. In fact, the Lasagne were cooked by the azdoura (housewife in Bolognese dialect) not only for her husband farmer but also for her children and relatives; the good cook prepared this dish for the middle-class family from the city. How can we forget grandmothers, taking care of their beloved grandchildren. Finally, the priest’s housekeeper and the priest himself, along with the volunteers at summer feasts did not miss to cook it. Notwithstanding modern times and an hyper-technological and globalized world, it is still impossible to think of a Sunday lunch in Bologna without a hot dish of lasagne on the table. With its innovating formula, the (LASAGNE ALLA BOLOGNESE IN THE BOX), the team of RE LASAGNA aims to offer to you the flavour, the aroma and the atmosphere of its city, wherever you might be. A product easy to prepare and cook, which at the same time respects the ancient tradition of Lasagne alle Bolognese thanks to the choice of top quality ingredients. 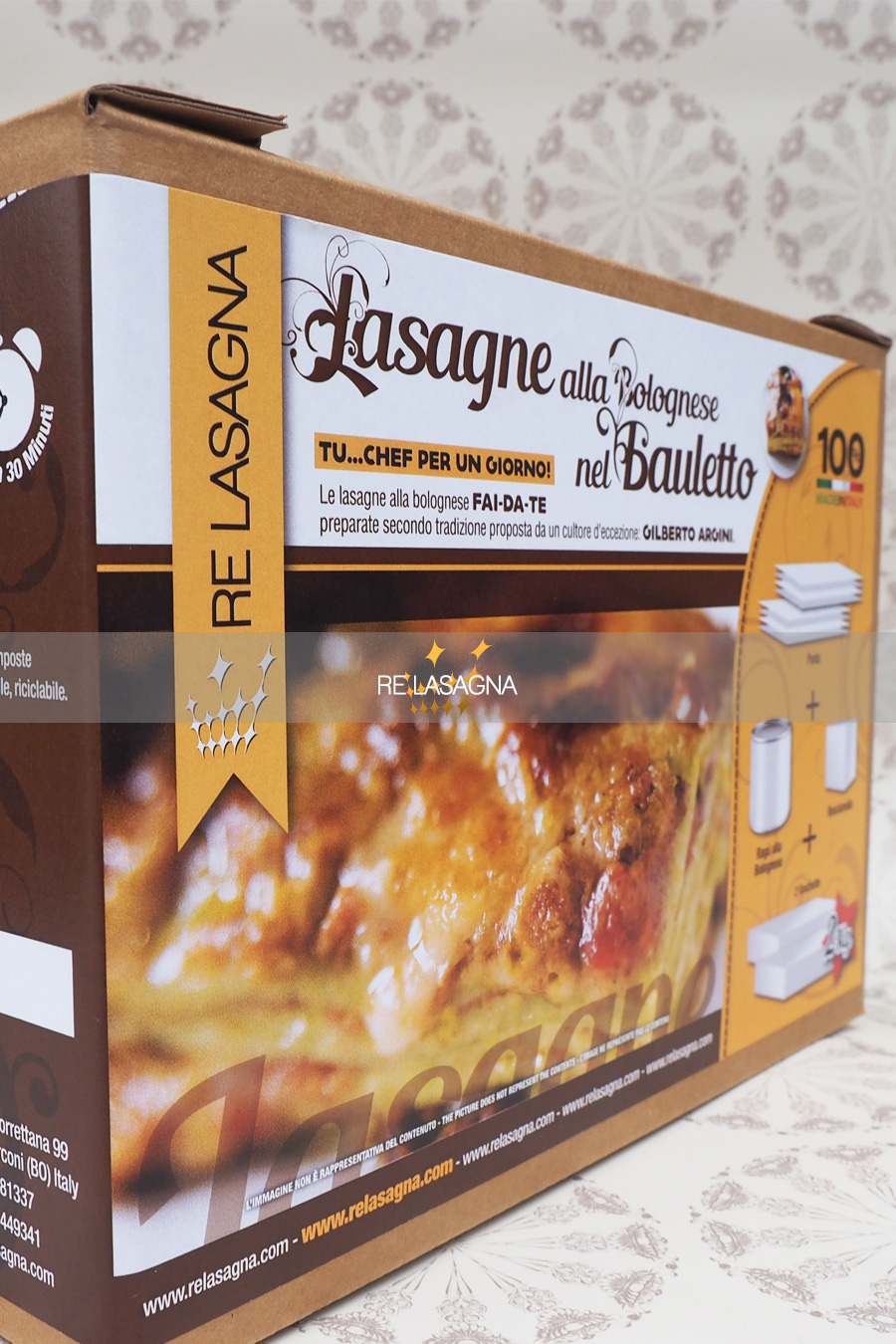 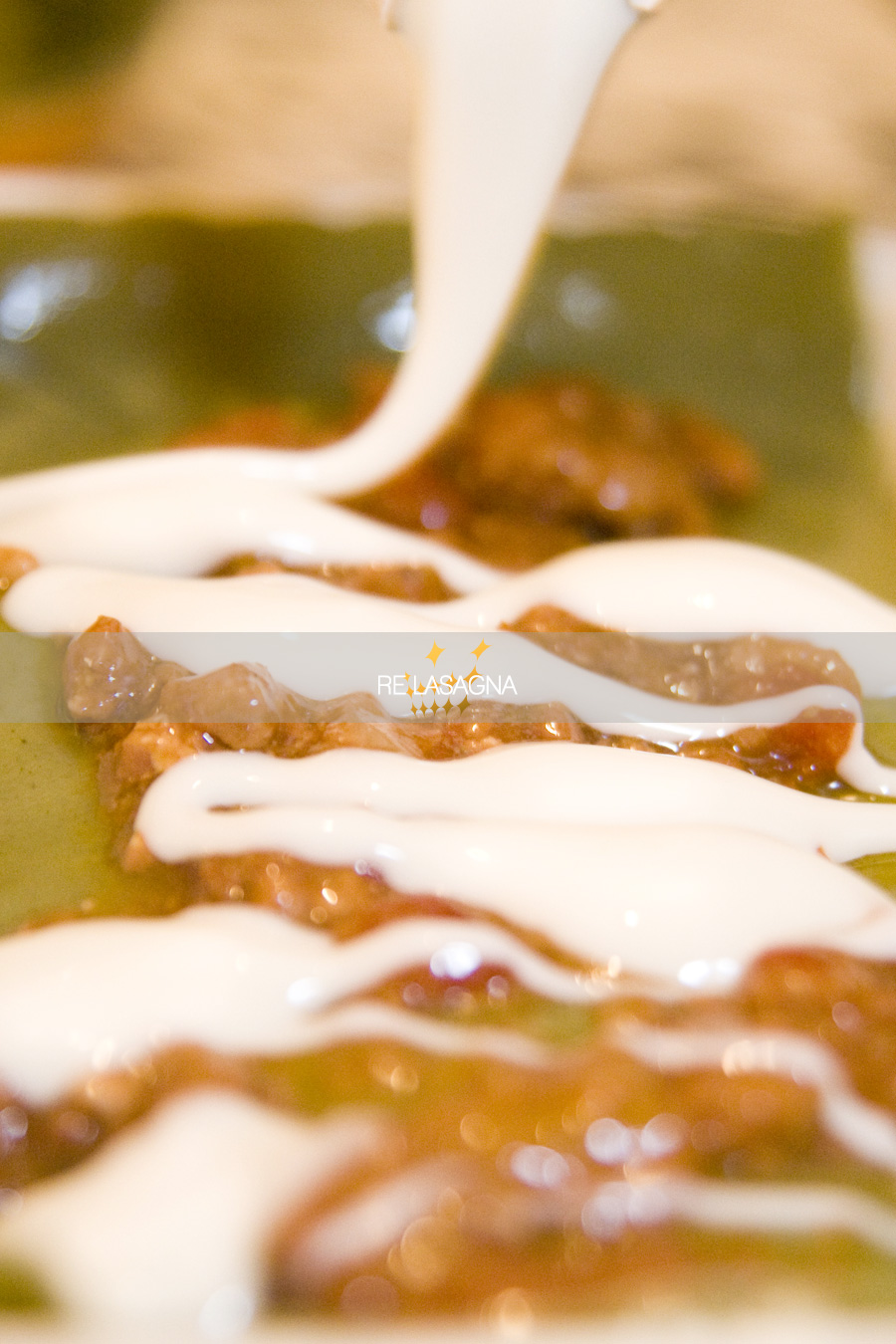 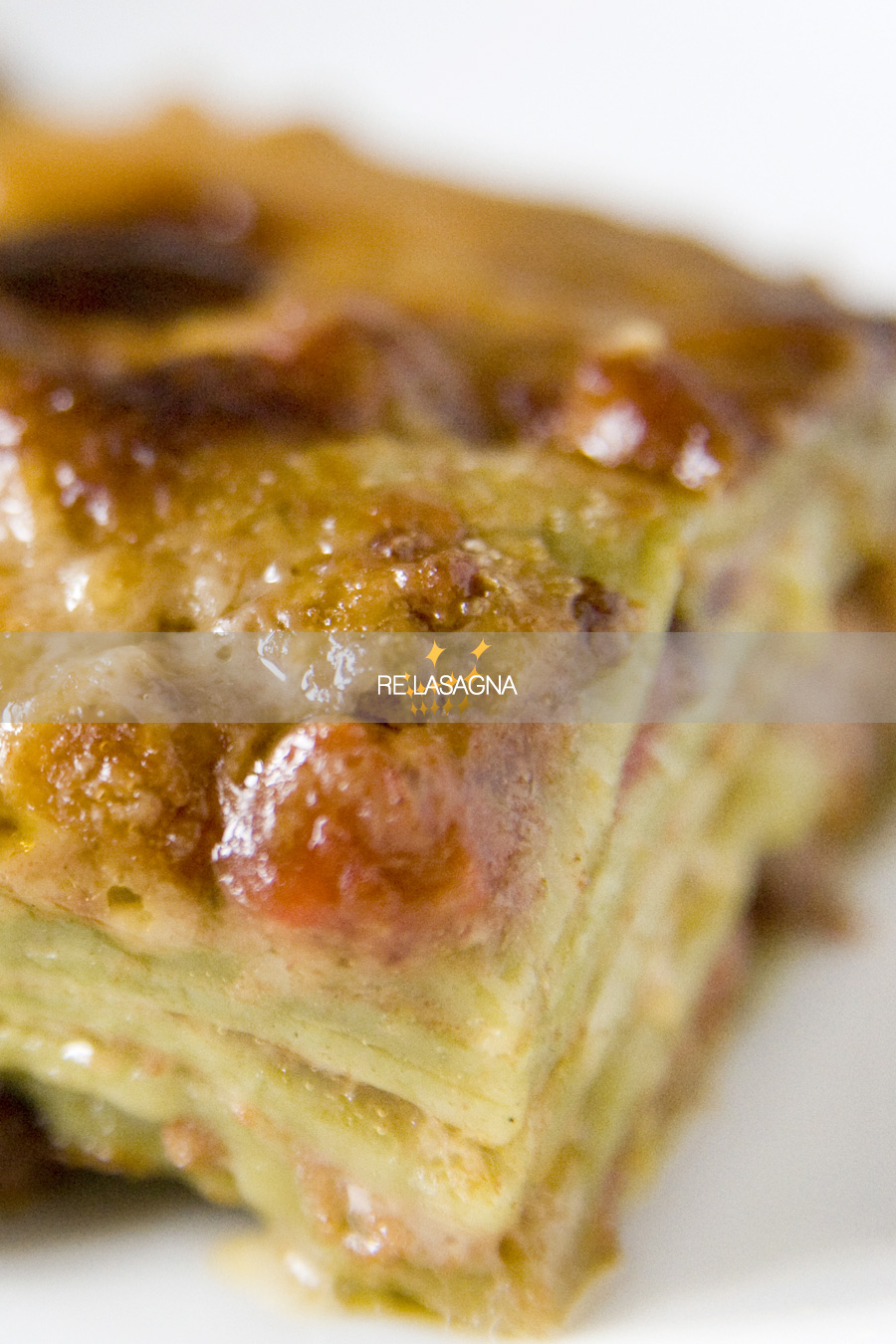 There is a historic link between the lasagne and GUGLIELMO MARCONI, the genius who invented the “wireless”. During his first experiments; and after having already invented the famous bell which emitted warning signals against storms; he already had the invention in mind which would have made the young Guglielmo famous. However, while assembling coherers and electric cables, a doubt hit him: how could he support the whole? It was then when loyal butler Mignani, faithful assistant of Marconi, suggested in his secret shelter built in the cellars of  VILLA GRIFFONE: “Sir, I allow myself to point out that your invention has to be placed on a smooth and even surface, very close to the dough of the lasagne I serve you every sunday and which you perfectly know, since you really love this dish”. No hint ever was more fitting and Marconi, after having placed his invention on a counter, succeeded in making the bell ring from the other side of the room by clicking on a telegraph button. Overwhelmed by joy he screamed in Bolognese vernacular: “Socmel! funziona al zavai!” (Damn! the thingumbob really works!). So we can say that the greatest invention of the Bolognese culinary tradition gave the right input to one of the greatest inventions ever.

| Gilberto Argini owner of RE LASAGNA |